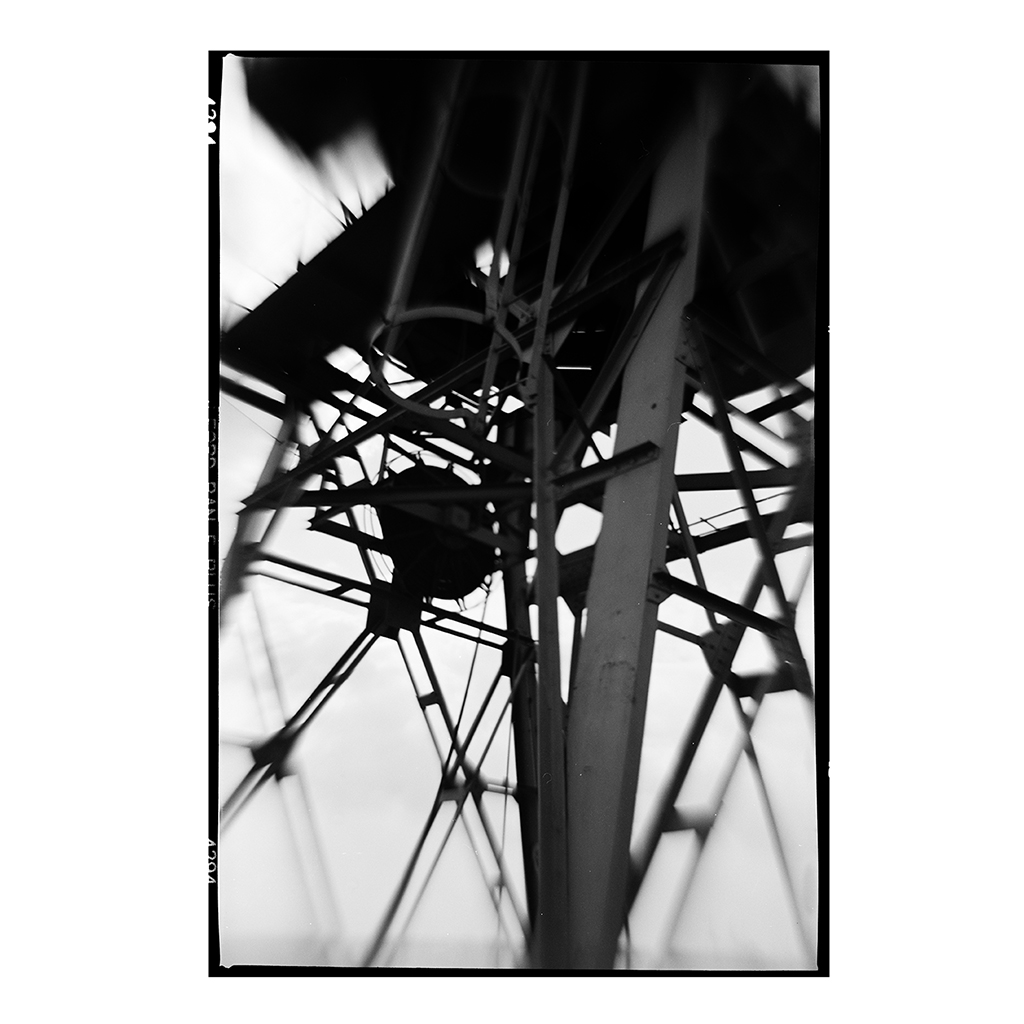 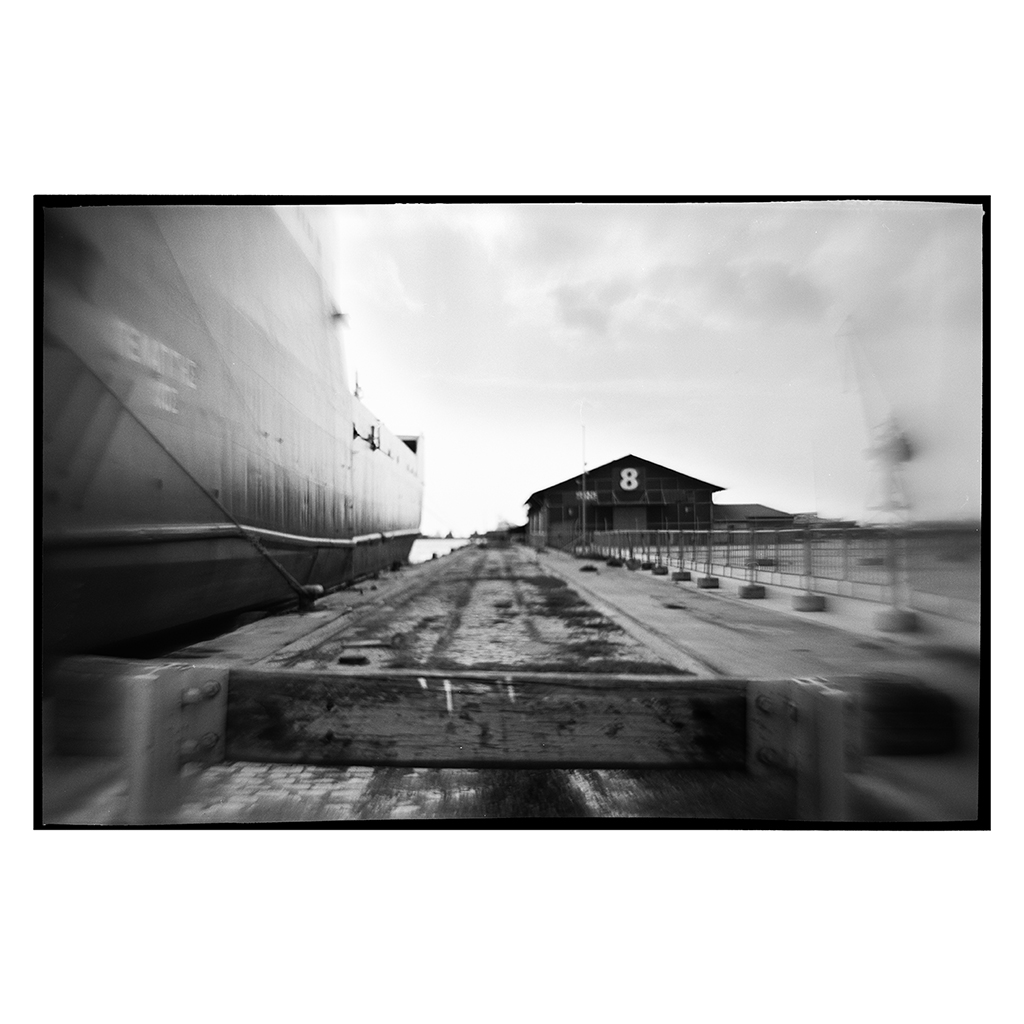 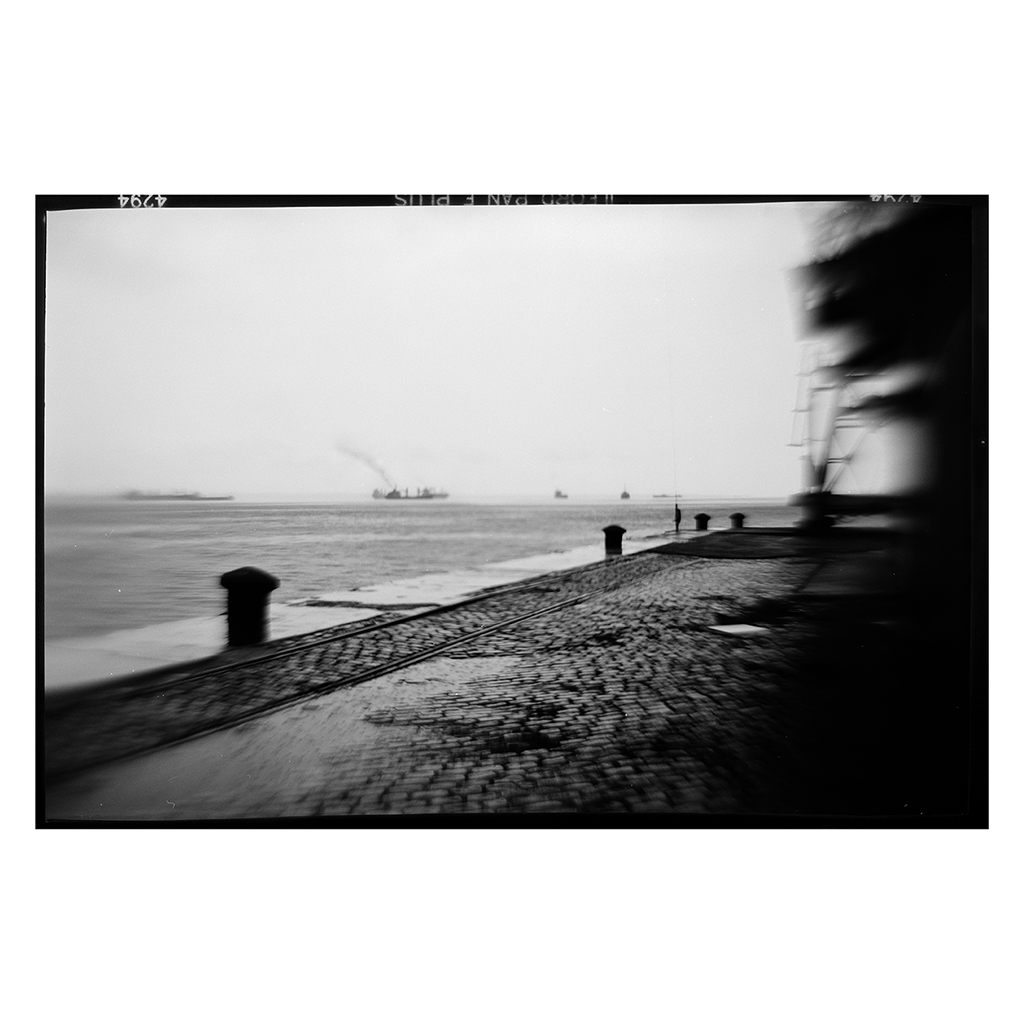 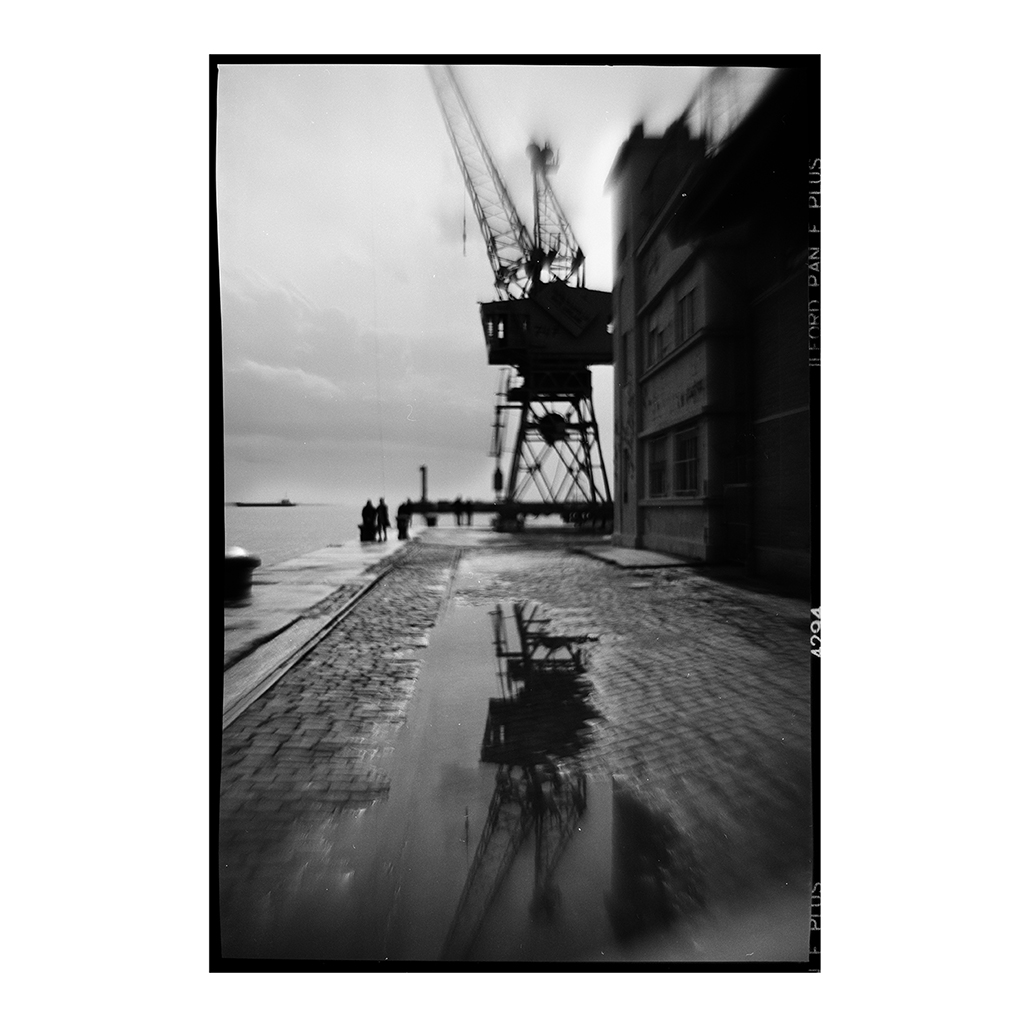 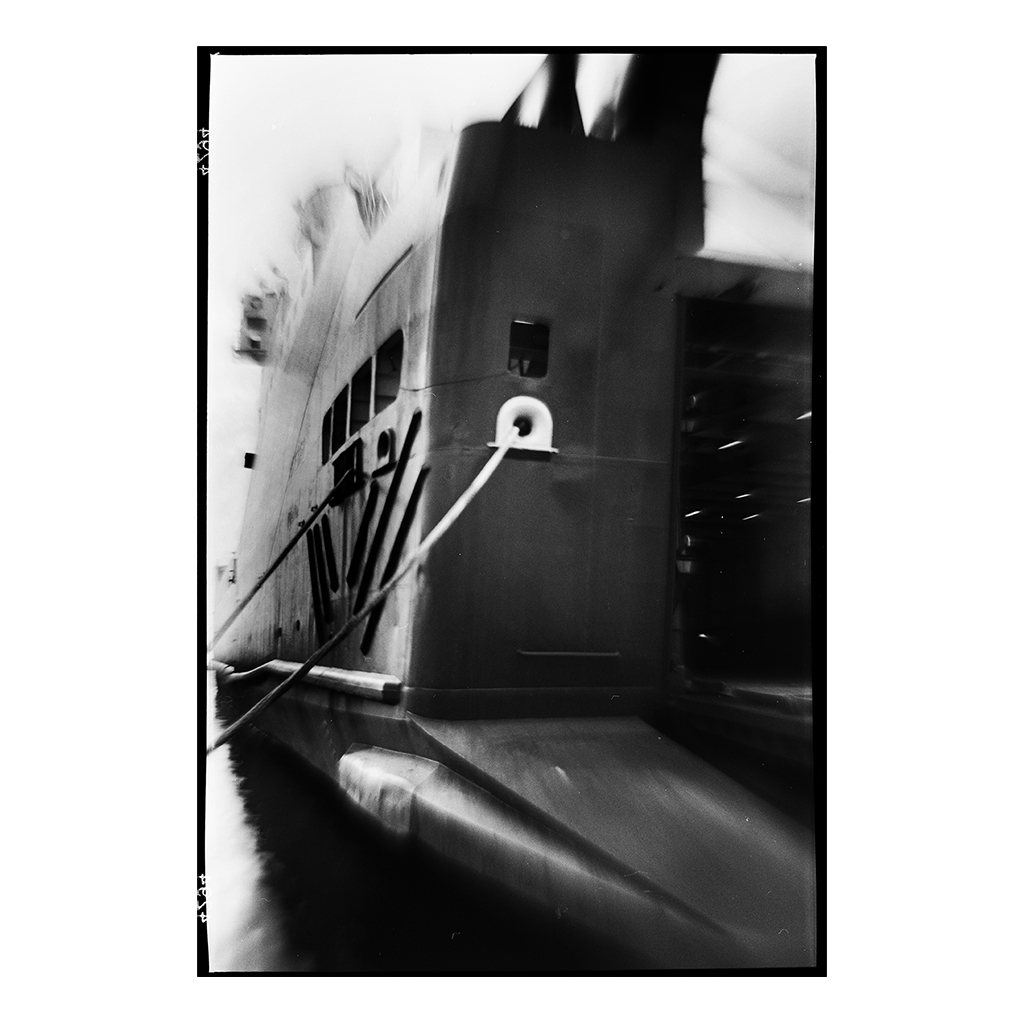 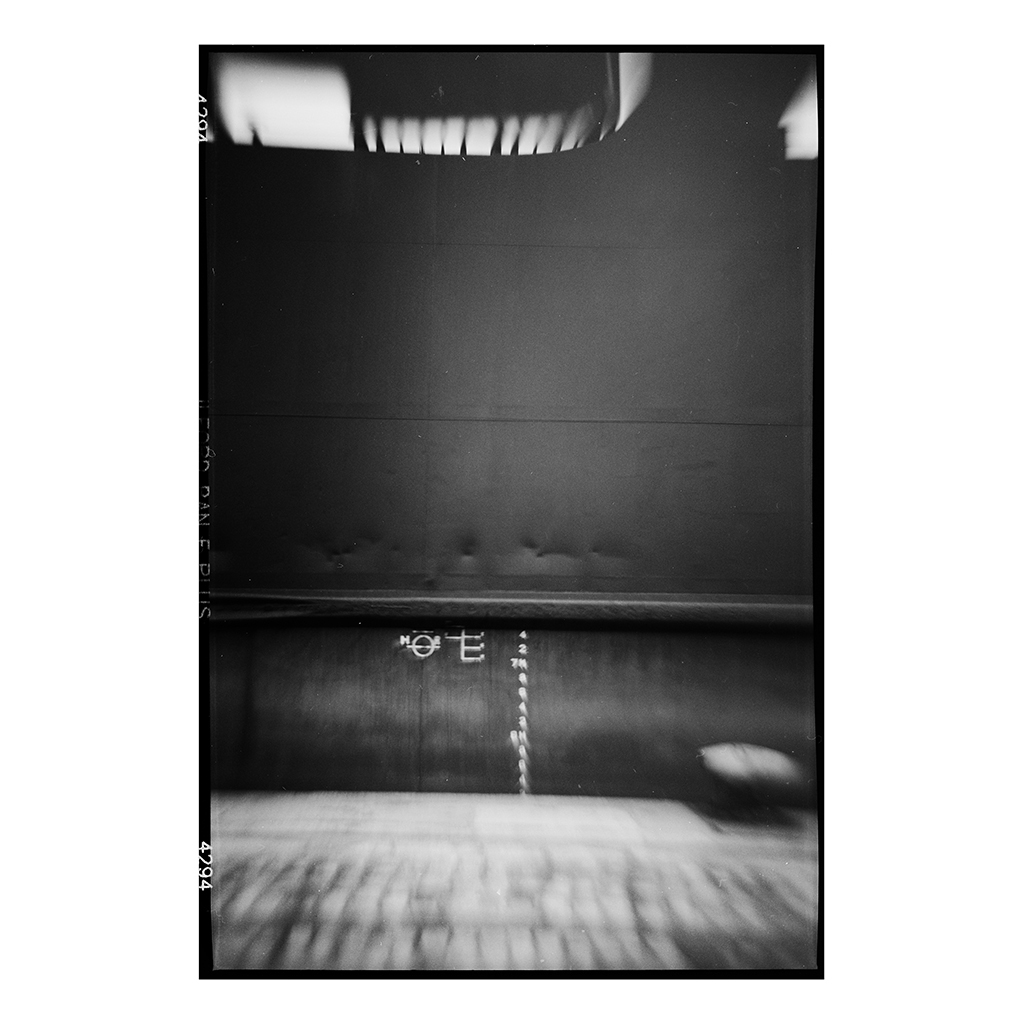 Shipyard Shots Six, 1 is a collection of images of the harbour of Thessaloniki. In photography the equipment in use dictate the visual outcome and the Agfa Clack camera that I used revealed space in a condition where past and present coexisted: the photographs produced had no clear historical identity.
Some data: All images were shot with an Agfa Clack camera. The Clack cameras were manufactured between 1954-65 and were aimed at the mass market. About 1.65 million were produced, more than all other Agfa box camera models combined. It is a simple medium format 6×9 boxlike camera that employs a single-element 95mm meniscus lens that was disassembled and reversed for the needs of the project. With only 2 apertures ( f/11 and f/12.5) and 2 shutter speeds (about 1/30 and B) the control over the exposure was limited (and practically none over focusing due to the hacked lens) and the imagery obtained deviated vastly from what the camera was designed to produce.